The holiday season is upon us once again. And while for some a strong online sales season can make the whole year a success, for others weak holiday sales can spell disaster.

To nobody's surprise, the web sales are set to continue their ruthless march upward this holiday season. Digital sales are expected to hit $94.71 billion this Christmas period, according to research firm eMarketer.

That would take the online sales share of total holiday season sales past the 10% mark for the first time, which can be considered as a major milestone for online retailers. For reference, last holiday season, more shoppers went online than to stores over Thanksgiving weekend, which is the kickoff to the busiest shopping period of the year.

As usual your online's store reliability is as good as your uptime or downtime (whichever you prefer) and here, at WebSitePulse, we are going to measure just that and then some.

Our Holiday Season Reports reflect a typical online purchase transaction, like selecting an item, adding it to the shopping cart and checkout, representative for the End Users' interactions with a website. Measurements of the multi-step transactions are made every 15 minutes, simultaneously from 3 different US cities. The information from the report will provide insight into the End Users' shopping experience, the reliability of the IT infrastructure of the selected Internet retailers, and their estimated losses in case of downtime and failure of critical websites, web pages, web systems, network devices, and web applications.

WebSitePulse reports the following results from web performance measurement of the websites participating in the the Holiday Retail Performance and Uptime Report:

The daily Average Response time from all monitored websites was 2.898 sec.

The daily average uptime for the entire Group was 99.95%.

No events of particular importance or possible negative impact on the online visitors' interaction with the Websites included into the 2016 Holiday Season report were detected during the reported period, and according to WebSitePulse, the Group delivered the expected levels of End-User experience and Customer satisfaction. 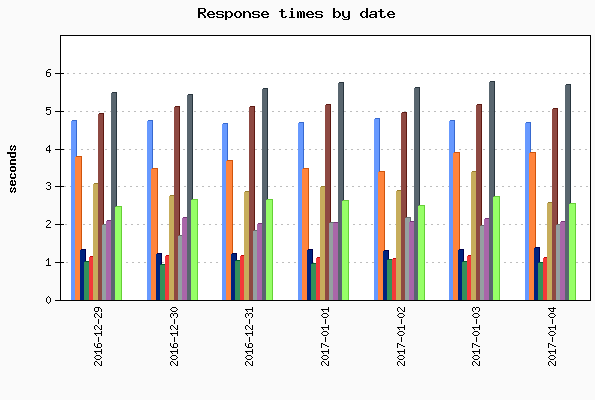 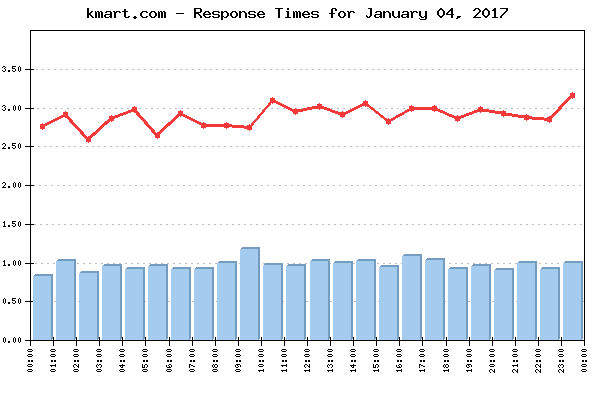 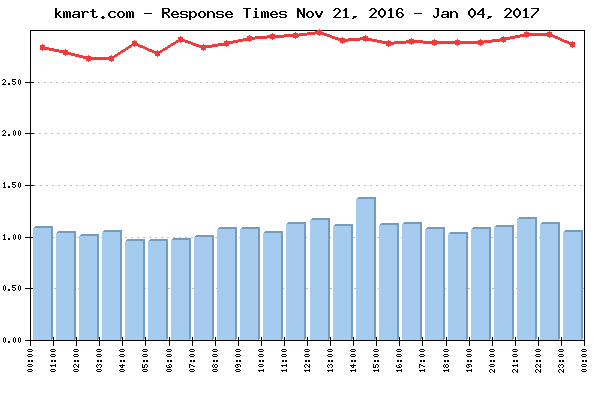 Methodology:
The 2016 Holiday Season Reports reflect a complete web transaction, representative for the End Users' interactions with a website. The reporting period covers the dates between November 21, 2016 and January 4, 2017. Performance and availability measurements are made for a typical multi-step web transaction at 15 minute monitoring interval, every day 24/7. The WebSitePulse application monitoring service is used to collect data and to create the reports.
The steps in each transaction are comparable for all websites, and reflect the real online shopper experience. The simultaneous monitoring is performed from 3 US-based locations of the WebSitePulse monitoring network: Los Angeles, CA, Chicago, IL, and Washington, DC. In case of a detected malfunction or unavailability, the system performs automated error verification from 3 independent resources and only after the above procedure is performed and has returned consistent results, the detected error is confirmed, recorded, and included in the daily performance reports. In these cases, an advanced WebSitePulse exclusive feature comes into play - Forced Monitoring -, which automatically switches to a 3 minute monitoring interval for increased accuracy.