The Atlantic hurricane season has started and is consist of formation of tropical cyclones in the Northern Hemisphere, more precisely in the Atlantic basin. It is an ongoing event and will officially end on November 30, 2018, however the most intense cyclones are expected to end by the end of October.

The 2018 Pacific hurricane season has also started. It is also an ongoing event officially ending on November 30, but once again the most intense cyclones are expected to end by the end of October.

The Pacific hurricane season for this year is forecasted near- to above-average season with total of 18 named storms, 6 hurricanes, and 4 major hurricanes to develop.

For 13th consecutive year WebSitePulse will provide free monitoring and notifications during 2018 hurricane season to 5 of the most popular websites that present their users with real-time forecasts, emergency information and donation opportunities in times of hurricanes, floods, and other natural or man-caused disasters.

The WebSitePulse Performance Reports will measure the websites’ uptime and response time as the most important metrics for the availability and the reliability of any web-based operation, critical for the End Users' overall online experience. Measurements of web transactions will be made every 15 minutes, simultaneously from 3 different monitoring locations. In-depth analytical information is also collected and stored in the WebSitePulse system for future references.


The Reports reflect the most common performance criteria: response time and availability - but in-debt analytical information is also collected and stored in the WebSitePulse system for future references.

WebSitePulse reports the following results from web performance measurement of the Hurricane- and disaster-related websites:

The daily Average Response time from all monitored websites was 0.686 sec.

The daily Average Uptime for the entire Group was 100%.

All websites were available with no interruptions.

No events of particular importance or possible negative impact on the online visitors' interaction with the Websites included into the 2018 Hurricane Season report were detected during the reported period, and according to WebSitePulse, the Group delivered the expected levels of End-User experience and Customer satisfaction. 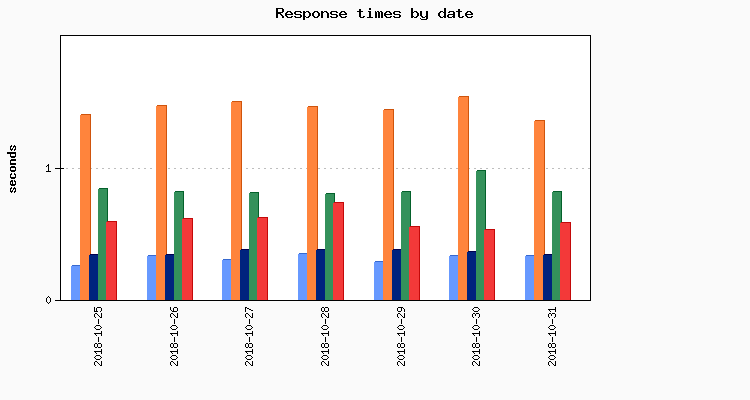 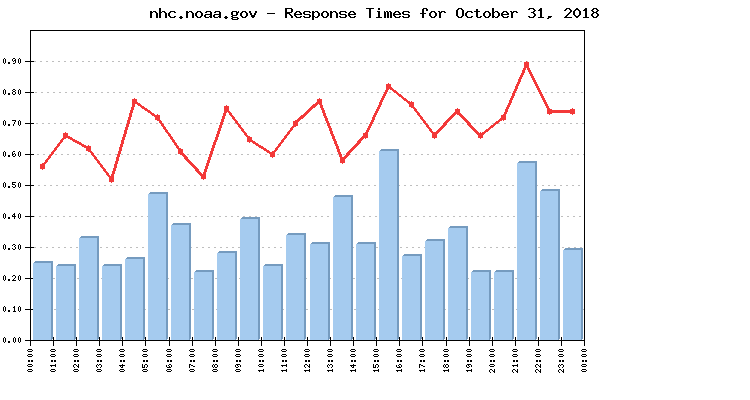 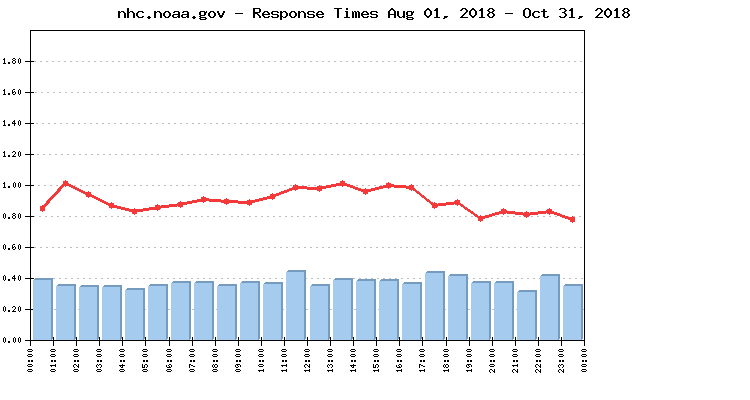 Methodology:
WebSitePulse Performance Reports measure Uptime and Response Time as the most important metrics for the availability and the reliability of any web-based operation. Performance measurement takes place daily, every 15 minutes during the entire Hurricane season. The WebSitePulse website monitoring service is used to collect data and to create the reports.
The simultaneous monitoring is performed from 3 US locations of the WebSitePulse monitoring network: Trumbull, CT, San Francisco, CA and Chicago, IL. In case of a detected malfunction or unavailability, the system performs automated error verification from 3 independent resources and only after the above procedure is performed and has returned consistent results, the detected error is confirmed, recorded, and included in the daily performance reports. In these cases, an advanced WebSitePulse exclusive feature comes into play - Forced Monitoring - which automatically switches to a 3 minute - monitoring interval for increased accuracy.